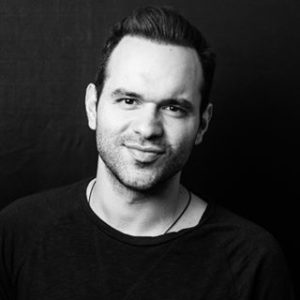 I met with Mr. Antonis Skokos during the year of 2009, when at the time I was personal manager of Mr. Sakis Rouvas (famous pop-star idol in the music industry for more than 20 years, film and television artist, presenter of the popular Greek reality show the “X Factor”) and Antonis was his musical director during the live performances of the artist in the great music theatre Athinon Arena.
I was immediately impressed by the work of Antonis, relative to the dynamic orchestration of Sakis Rouvas’ songs in order to meet the standards of Athinon Arena demanding live shows. Since then Antonis and I have maintained a great collaboration, which in 2011 it was further reinforced after setting a long-term cooperation with Panik Records. Up to date Antonis has been working as composer and arranger for many signed artists of the Company and I would state to be more than extremely satisfied by the results of his work.